It’s easy to judge someone just on appearance alone. According to Business Insider, the majority of people will decide in just three seconds whether or not they like a person. 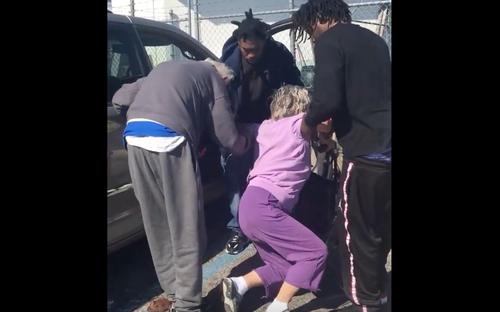 We all know that there is usually more than meets the eye, but we still tend to judge others pretty harshly. However, just because it is a normal behavior doesn’t mean that it should be.

This was the case when a police officer caught sight of three young men at a gas station as she was driving by in Williston, Florida.

While some people may get a bit scared of a group of three men, this certainly was not the case here.

The elderly couple had stopped to use the restroom after being at a doctor’s appointment for Rose. Rose was struggling to get out of the car. The young gentlemen decided they were going to help her. 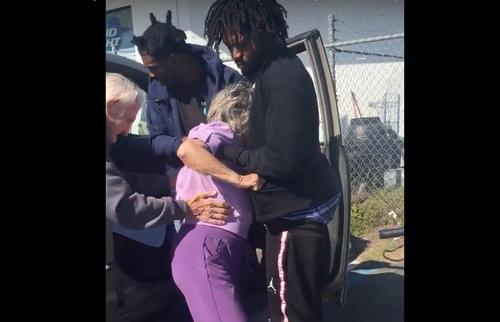 Carnegie stated that it was a beautiful event to witness. She knew the men from the area, and she was happy that the world would see them for the wonderful humans they are. She asked them if they would mind if she recorded them.

Rose was so tired that she almost fell down as she tried to make it to the car.

However, the men helped to support her. One held her walker as the other two grabbed her under her arms in order to keep her steady.

They gently maneuvered her into the car, waiting to make sure she was safe and secure. Her husband, while watching and attempting to help as much as he could, said that he was 100-years-old. 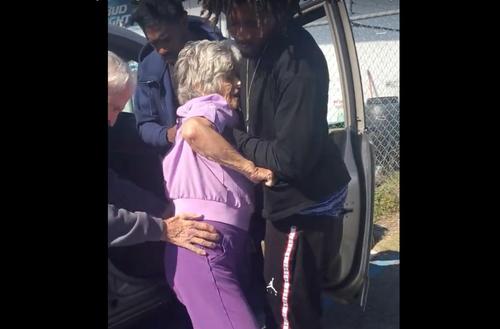 So far, the video has already gathered a lot of views. It is easy to see that those three young men just wanted to help someone in need.

Marty said that Rose did not ask for help, but felt completely comfortable allowing them to assist her. He stated that he kept thinking that it could have been his own grandmother who needed help.

We need more stories that have a wonderful ending! What did you think of this one? Let us know in the comments and then pass this beautiful story on for others to spread the love!

Veterinarian Explains What Pets Do Before Passing Away